In order to prepare experience stories for the Atlas of PoliRural Best Practices, Vidzeme Planning Region and the Latvian Rural Forum announced a campaign in the spring “We are looking for a neighbour who inspires!”.

Local communities were invited to nominate new entrants – neighbours who have moved to Vidzeme’s countryside or small town and could be an inspiring story for other potential Vidzeme residents. Active new entrants were sought to strengthen the belief that life can also be saturated and busy in the regions. Those who do business work remotely, live in their rural backyard or have brought new ideas and fresh breeze and are living in the local community.

The campaign gained a lot of support. Altogether 39 applications were received and 32 new entrants were nominated (some of which were notified several times). Welcoming the young neighbours shows that new entrants have been respected and accepted as full members of the local community.

It is obvious that not all new entrants are working in the agricultural sector: they have found a way to be in contact with the outside world and to continue their cases without leaving their rural areas. Often, to move, there was also a change in occupation.

The first interviews have already been conducted and five experience stories have been prepared, read in English in the Atlas of PoliRural Best practices (available here). However, the initiative does not end: by the end of 2021, a brochure will be prepared in Latvian, which will contain stories of all new entrants in Vidzeme.

New entrants to Vidzeme’s rural area are one of the priority community groups that are currently under increased attention. Latvia’s fields remain empty and action is needed to strengthen not only the population groups that still live but to create a favourable environment for entrants. 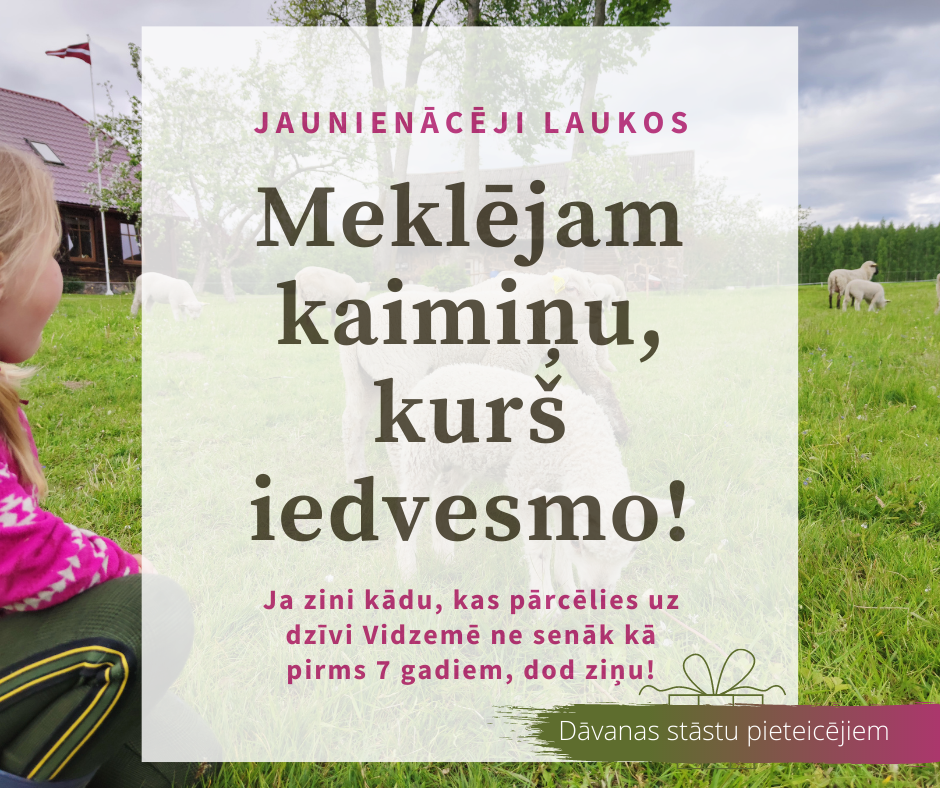