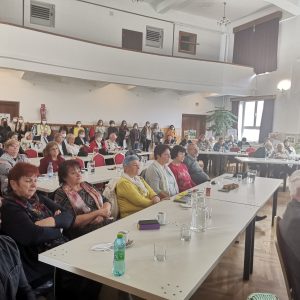 Slovakia has long lacked a concrete long-term and binding vision for rural areas, which are undergoing gradual decline and need a strong revitalization boost. Therefore, the focus of foresight exercise in the Slovak pilot was to contribute to reversal of the current negative trend by elaborating the document of “Vision for more attractive rural areas”. Thus, the output of this project will serve as an input into further processes of broader public consultations, which kick-started already during the running of the project and will continue onwards. The process of its elaboration was equally important as the text of the Vision itself, which is also reflected by the fact that the Vision document is divided into two equal and balance parts. It is publicly available only in Slovak here.

The Zero Draft of the “Vision” document, prepared over the period of more than to 2 years in the broad participatory and co-creation process with stakeholders, was presented for the first round of discussions in two workshops in August and October 2021 and then for the final round of discussion and endorsement by stakeholders at the dedicated conference in December 2021.

This conference was very well attended by many interested rural actors, including representatives of civil society, agricultural and food organizations, the Ministry of Agriculture and Rural Development, National Council of the Slovak Republic, Presidency of Regional Governments SK8 and representatives of MEPs. Although the conference took place online, it attracted the attention of a very wide range of more than 70 actors and stimulated a constructive and interesting discussion with many stimuli. The Zero Draft “Vision” has gained an overall support and appreciation for its elaboration. The unanimous endorsement proves that the topic of rural areas can be unifying one across all political spectrum, different institutions and our society. The process of developing this draft was appreciated as a unique and exemplary model in Slovakia. The conference also created the preconditions for sharing the knowledge and experience of various actors, as well as mutual information about activities. 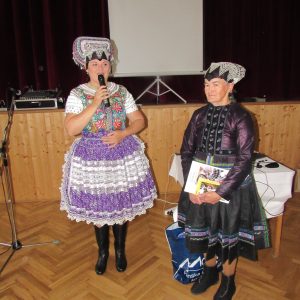 At the same time, the first draft of the Action Plan and Roadmap was presented for information and first round of brainstorming. Further consultations will continue, especially with the Ministry of Agriculture and Rural Development, which opened its doors to this agenda broadly. A letter to the minister was sent immediately after the Conference to appreciate his participation and request a nomination of the contact point to discuss the way how to put the “Vision” into life. A contact point was nominated shortly and the negotiations are about to start and the research team hopes that it will find a fertile ground.

During and immediately after the conference an online survey was conducted over the period of one week to find out the level of engagement of stakeholders in the foresight process and the level of their satisfaction with it. Results are encouraging since more than 80% of the total 42 respondents plan to participate in the implementation of the Vision. But there is still a place for improvement in engagement and dissemination about the Vision and process how it will be implemented.

In parallel with the Slovak “Vision” was prepared the European one orchestrated the European Commission to which the Slovak stakeholders contributed and we continue to be part of the working group on rural revitalization. It is proposed to create Rural Pact and Action Plan to make Europe’s rural areas stronger, interconnected, resilient and prosperous.

By working together, we have a chance to fill a big hole in Slovakia by adopting a clear vision for rural areas for the next period of 2040 on the basis of a society-wide consensus and thus ensure continuity, stability, clarity and strategic direction for our countryside.