The 2021 EU Conference on “modelling for policy support”, organized by the European Commission Competence Centre on Modelling, takes place during the week of 22 to 26 November 2021. Antoni Oliva Quesada and I will present a (very) short case-study of the work being done in the POLIRURAL project on the application of System Dynamic Modelling (SDM) in regional Foresight processes. So, this is good time to briefly outline the history of SDM, what it is good for, its major successes so far, and how we are trying to extend its use as a tool to support learning and decision making in participative governance process such as regional Foresight.

Very briefly, SDM has its origins in the work of Jay Forrester, a computer scientist and systems engineer at MIT, who not only invented key computer technologies such magnetic core memory but pioneered the domain of SDM. In 1961 he published seminal work on “Industrial Dynamics.” This was followed by a major publication on “Urban Dynamics” in 1969 and in 1972 by “World Dynamics,” arguably the first serious attempt to model how social, economic, and environmental factors interact with each other and the natural world, evolving over time to drive population growth, resource consumption, and prosperity at the level of the entire planet.  One of the most important lessons from his work was a demonstration that our usual “models” of how the world works, fail to capture important aspects of world dynamics, complex non-linear behaviors, which if left unchecked, could lead to the collapse of entire earth systems and an end to ever increasing growth and prosperity.

While all of this was going on, the Club of Rome commissioning a study by a team at MIT, as an input to its “Project on the predicament of mankind.” The team, led by Denis Meadows, included experts from the US, India, Germany, Norway, Turkey, and Iran, with expertise in domains such as population, pollution, agriculture, natural resources, and capital. This work relied heavily on the use of SDM, and a summary of its findings for the layman was published as “Limits to Growth” in 1972. Its main finding, supported by the use of SDM, was that “even under the most optimistic assumptions about advances in technology, the world cannot support present rates of economic and population growth for more than a few decades from now.” The use of SDM showed that only “a concerted attack on all the major problems at once can man achieve the state of equilibrium necessary for his survival.” At that time, this statement came as a shock to mainstream thinkers in economics and economic development, yet it was highly influential in helping to establish on the basis of the best science available, the basic ideas about what is required for “sustainability” and establishing “sustainability” as the state to which all who work in economic and social development need to aspire. It will come as no surprise that the report was seen as controversial and even bitterly opposed by vested interests. Nevertheless, and despite various shortcomings of the SDM approach and the modelling technology available at the time, follow-up reports showed that it was in fact very accurate in its ultimate insight that “human beings and the natural world are on a collision course”.

The first SDM was created two decades before the internet was invented. “Limits to Growth” was published half a decade before the age of personal computing started, in 1977 with the creation of the Apple II, the TRS-80 and the Commodore PET. We have come a long way since then in terms of a tremendous increase in the power of computing, the availability of data, and ease of access to sophisticated tools and communication platforms. So, it is time to make SDM tools and the explanatory power of the SDM approach ore widely available to those involved in policy development processes, ultimately concerned citizens and stakeholders involved in regional development processes. This is precisely what Antoni, and our colleagues are doing, by conducting experiments related to the use of SDM in the 12 regional Foresight pilots of the POLIRURAL project. 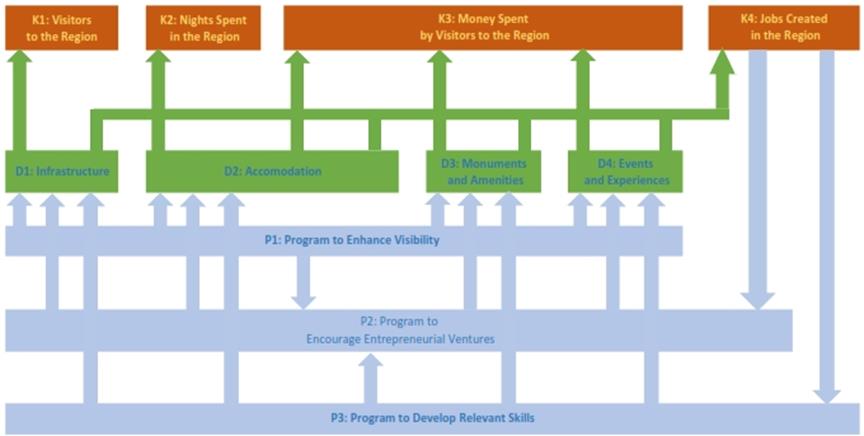 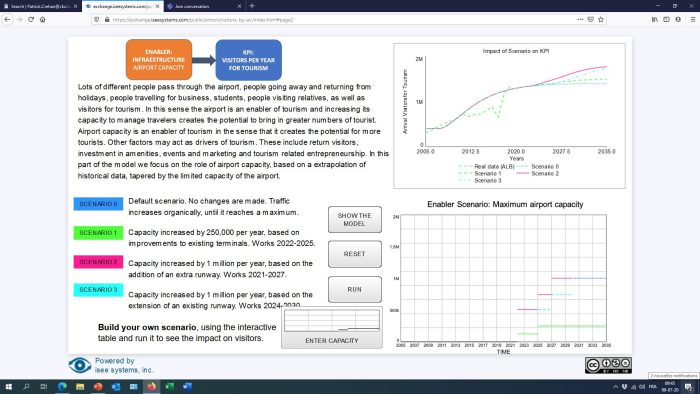 Our initial idea was to explore the link between SDM, and a typical Foresight process called “drivers’ analysis.” The idea was that the output of a drivers’ analysis could provide the basis for a system dynamics model that better captures the range of forces driving change in the region, how they interact and evolve over time. We quickly conclude that it is too early to try this approach and should come back to it when we have better tools, avoiding the bottlenecks that would inevitably arise in using the discovery of drivers as an important part of the design process for region specific model.

Finally, we settled on an approach based on concerns that a model be accessible and easily usable by a non-expert user, enabling them to carry out important task. Antoni has developed a general model for rural regions based on 8 interconnected modules, containing over 300 parameters. This general model has been customized or adapted to each pilot region, based on discussions with each pilot leadership team. Each regional team has provided data sets needed to populate the model. Antoni has fitted each model with their data sets, and he has made any other requested changes.

Clearly it is neither practical nor feasible for a general group of users to work with a complex model containing more than 300 parameters. So, we have proposed creating a series of relatively simple windows on the general model, composed of 3 layers. The example we have been using in our early discussions has been this. It has provided as an example of how one might approach exploring policy options for the development of rural tourism.

In this way, the user is presented with a simple window on the model, which largely remains in the background. interface that allows him or her to make policy choices see their effect on the working of the system and the impact this all has on the system as measured by the KPIs.

Based on the 3-layer model shown above, we developed the following simple interface allowing the user to interact with these parts of the model, and explore different policies and policy mixes, by making different choices of parameter. We refer to the different choices as the policy or policy mix scenarios. Running the model for the different parameter choices allows the user to observe the impact this has on the KPIs and how these evolve over time. Using the Stella tool, we have developed simple examples such as the one below to explain the principle.

So far, we have asked each team to propose a series of policy modelling scenarios for which we will design new 3-layer diagrams and user interfaces. Instead of presenting these to the user in Stella, we will make them available via web-pages in the project Innovation Hub. Our hope is that the users will be able to interact with the models via these “windows” for the purpose of exploring a variety of policy scenarios.

This is pioneering work and we are anxious to capture as much feedback as possible for these experiments, in order to make improvements and get a much deeper understanding of what might be really useful. For this reason, we have helped each team to “design” a series of experiments where they compare what they tried to achieve using these tools, with what actually happened. The results of these experiments are an important output of the project. We expect that they will enable us to get a much deeper understanding of the potential for the use of SDM in regional Foresight and support the formulation of a strategic research agenda to drive the next phase of development of this idea.